A great new expansion that adds a lot more playability to an already
great game as together with the first expanion yo now have 10 playable factions giving over 200 different combinations of houses in a six player game. 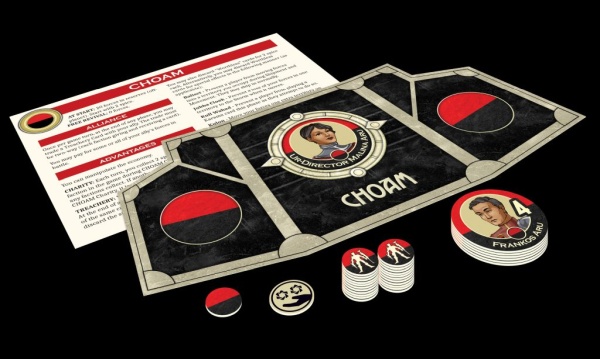 This expansion adds two new houses to the Dune board game experience
it adds the Combine Honnete Ober Advancer Mercantiles, or CHOAM,
controlled much of the economic affairs across the cosmos and had a
keen interest in Arrakis above and beyond spice production. Because
of its control of inter-planetary commerce, CHOAM was the largest
single source of wealth in the Imperium. Influence in CHOAM was a
major focus of political manoeuvring in the Imperium, both to
maximize dividends and also to skim profits. The leaders and bureaucrats
of CHOAM were dedicated to controlling vital products that enriched
the Great Houses… and CHOAM itself.
So how does this work in the game?  Well they have a charity ability allowing them to take 2 spice for each faction int he game during the CHOAM Charity Phase.  However, another player can take CHOAM charity during that phase they take it from the CHOAM player instead.  But because CHOAM contorl the charity, once per game they can use their inflation ability to either cancel or double charity for that turn and then the reverse on the following turn, allowing massive income.  While their leaders are weaker than other houses, they get Worthless cards to make up for it.  These can be discarded for Spice or a unique benefit.  Also they can discard duplicate cards for spice as well.  Finally theoir advanced rule means they can use their Auditor leader to peek at the cards in a players hand anytime the Auditor enters battle. 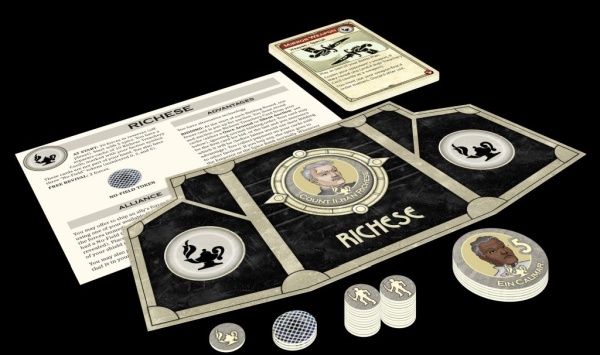 It also adds the House Richese, who like the Ixians in the first house expansion, had a well-earned reputation for ingenuity, and created important technological inventions.   But Count Ilban Richese suffered a number of business blunders that  threatened to bankrupt their fortunes. After being ousted from governing Arrakis, they were reduced to selling off important creations simply to raise enough funds to continue their efforts to compete.
In the game they get unique Treachery cards which they can sell off during the Bidding phase of the game and collect payment instread of the bank or Emperor.  Also while they start with no forces on the board when they do start shipping units they use No-Field tokens instead.  These have a 0, 3 or 5 on one side but this is hidden from other players until they enter into battle with that token.  Their advanced rule, Black Market, means they can sell cards from their hand without revealing them to other players.  Which means they can of course lie about what card they are selling. 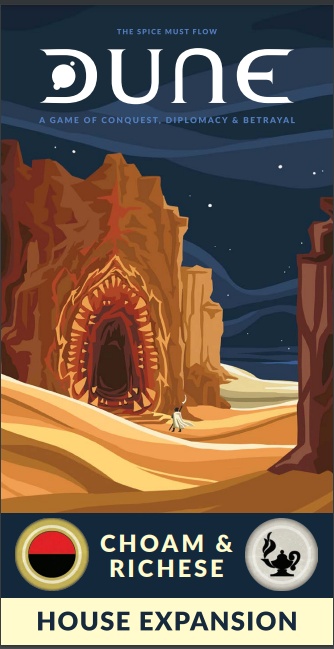 So that’s the two new houses what about new mechanics in the game?  Advanced strongholds give bonuses if yuou control them, each offers a different bonus for example if you engage in battles or ship forces to that location.  Leader Skills on the other hand give additional abilities and bonuses to one of your leaders.  These skills chosen during game setup, might give economic influence, or benefits in combat for example.
And you can order it here: https://www.bgextras.co.uk/dune-choam-and-richese-house-expansion-i5528.htm