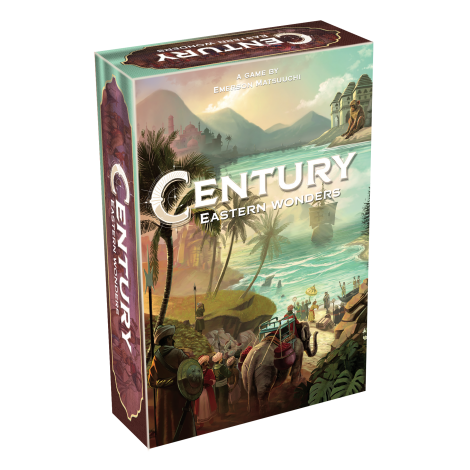 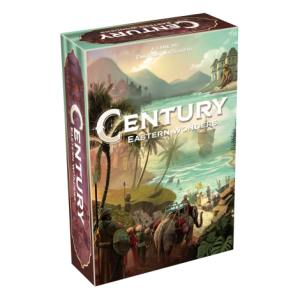 Centuries ago, the lucrative spice trade compelled the prosperous nations of the world to explore alternate routes to the sources of these precious goods. These nations took to the seas to seek out exotic lands. This led to the discovery of the famed Spice Islands where the most valuable spices of the world were found. This discovery also led to further exploration, competition….and later, war! During this time of prosperity and opportunity, you find yourself traveling on the high seas in search of these exotic wonders. As a merchant and privateer representing your nation, you seek to control this region for glory and profit. Your journey continues in the Far East…

Your goal is to gather spice and sell them at the ports at the four corners of the map. Each port features a single market tile, showing demand for a specific combination of spices. They are collected by whomever can deliver these from their ship. In order to meet these demands, you will have to trade spices across the island markets.

On your turn, you may move your ship. The first step is free, but for every step after you wish to take you must leave a spice cube on the island you pass through. This may be claimed by anyone who finishes their movement on that island. You also cannot enter a space occupied by an opponent’s ship unless you pay them spice. As you move your ship across the map, you can perform the actions of your destination: exchange spices at markets or complete contacts at ports. Apart from these moves native to these tiles, you always have the option to use your action to harvest, taking two ginger (yellow) spice from the bank. You continue to take turns until one person have fulfilled a fourth contract. At this point, you play around to the last player’s turn. You tally up the points from your contracts, from spaces revealed on your personal board, from your points earned through bonus chips, and any residual non-yellow spice. 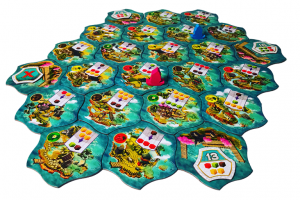 You can also mix the game in with the original Century: Spice Road for the Sand to Sea game.  Here you navigate the Spice Islands as you would in Eastern Wonders but you incorporate in the Merchant cards from Spice Road.  You have a row of four merchant cards that sit off to the side. They can be bought and used in an identical manner to how you may buy and use them in Spice Road.  You will also mix in some ocean tiles into the map, meaning that random open ocean spaces now appear across the archipelago.   With other changes as well the combined game adds an extra level of complexity to the game

Take to the high seas as a merchant in this once in a lifetime adventure for glory and profit in the exotic Spice Islands. Available here.