Unfathomable, “A game of hidden loyalties and suspicion”,  is an Arkham Horror Files board game by Fantasy Flight Games for 3-6 players

Unfathomable is a semi cooperative game where you are on board a Steamship Liner called The Atlantica on its way to Boston. Your
dreams are plagued by Nightmares, there is a tension in the air and now a passenger has been murdered and the ship is under
attack from deep ones.
You need to work together to defend the ship, save the passengers from Deep Ones repair any damage done to the ship and get
the ship safely to Boston.
That is before you realise that there may be a traitor in your midst. (there are two times that players can be turned to the
side of the Deep Ones, once at the start and again half way through.) If you are turned, you now have to work against the team
but with guile and subterfuge or your team mates will send you to the brig.

This is a game that is fast becoming a very popular one and is very often compared to the Fantasy Flights game Battlestar
Galactica, which was a game that was well loved by the tactically minded gamers, It was a game that had quite a bit of
complexity in its play which made it harder to learn especially if you are new to gaming. Unfathomable has some of the same
playing styles as Battlestar, but the rules are more pared down and easier to learn. That being said, it is its own game and not
a clone of Battlestar Galactica. 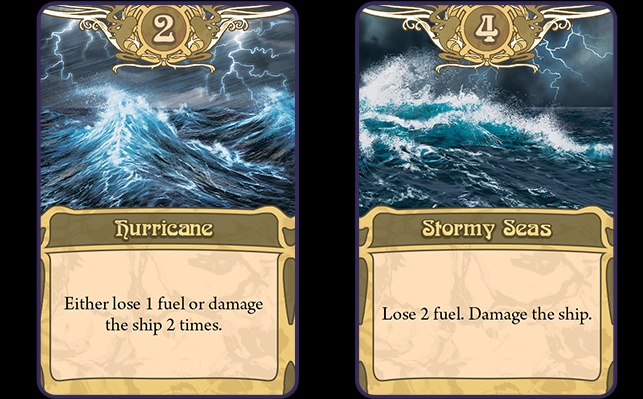 As a team you could be attacking the Deep Ones, but don’t forget to watch your fuel or the water and food because if they run
out you all lose, also watch out how many crew or passengers are killed, as if the number gets too low you wont have enough to
crew the ship and you lose, also you have to make sure that the sanity of the crew and passengers does not get too low or they
will lose track on reality and you lose. 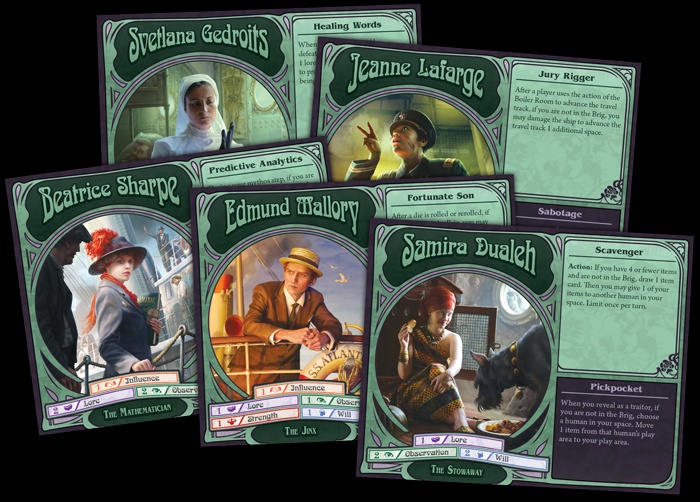 There are 10 hero characters you can play, each with their own skills and start item. you can gain more of the 20 items, 126
skills or one of the 20 spells as you play. With all the things that can go wrong and the chance that not all your team are
working to keep things on an even keel it makes every game an adventure, can you survive? or will you be turned to the side
of the old ones and start trying to sabotage the chance of the boat safely getting in to Boston without getting caught. If you
are accused and sent to the brig do you bluff it out and deny it and hope someone lets you out or do you openly start to work
against the team.
If you like tactical games and want something that will push you as a team and make you doubt everyone around you, then this game is a must have for your collection and get ready to have many suspenseful fun hours ahead! You can order it at: https://www.bgextras.co.uk/unfathomable-board-game-i5114.htm