I have been to one of Ludwig the seconds castles and they are opulent, over the top and became an inspiration to other Kings and Queens on how to show off. The only problem was that he was bankrupting his country.
This is a great little Expansion that brings so much to the game, and if you don’t own the game, What are you doing? The game is an amazing quick game to play. you all go at the same time which reduces waiting time and speeds up the game no end. The artwork on the tiles is exquisite there is a blog on the main game so please read that if you want more.
This expansion adds three new room types which each have their own way of scoring, it also adds new bonus types new bonus cards, two promo tiles and twenty-four new room tiles that give a boost to the original tile types in the game. This expansion also adds an eighth player and two new solitaire modes.
All this and a cool nifty tray to keep your new components in! 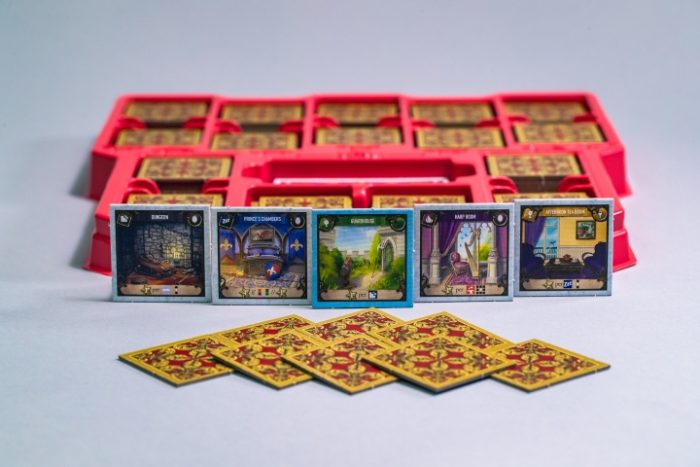 So we have an amazing expansion that adds so much to an already great game… when can we get this great expansion? I hear you ask, well it is out now, so treat your self to a great expansion at:  https://www.bgextras.co.uk/between-two-castles-secrets-and-soirees-expansion-i5162.htm
,and if you don’t already own a copy you can order that there too.