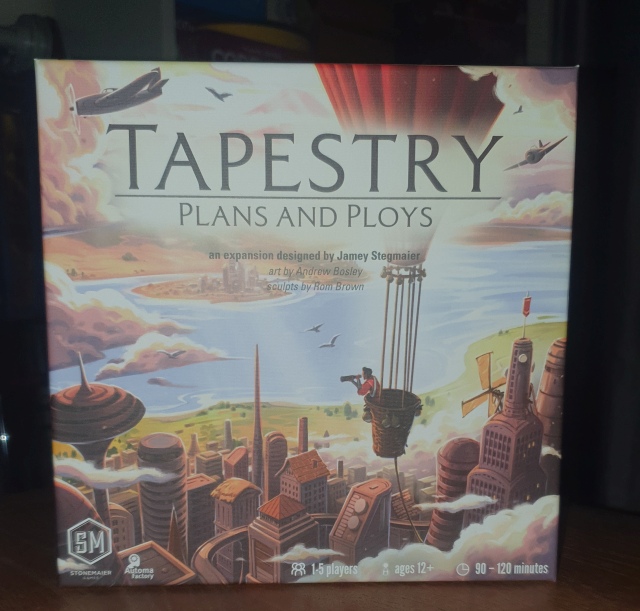 This expansion adds a lot to the game play as well as a different varient of 2 player mode, called Shadow Empire (Designed  by Morten Monrad Pedersen with Nick Shaw, David J Studley and Lieve Teugels) and it includes five new scenarios. 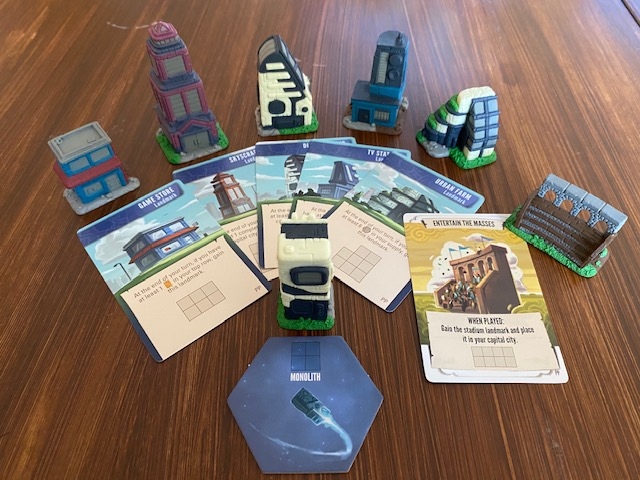 The expansion adds seven new beautiful buildings, five of which you get from new building cards. These are handed out at the beginning and if you achieve the criteria, then at the end of your turn you can build that building in your capital city. The other two? Well one you can gain from a new tapestry card and the other from a new space tile.
You also gain ten new asymmetric civilization cards as well as some recomended civilization card rule adjustments on the back of the rule book. You gain fifteen new Tapestry  cards which like all the other new bits added will raise the playability by a whole new level.
Also there are four new space tiles as well as a replacement space tile for a misprint, twelve landmark tiles (you can use these on the board tracks to show what buildings are still available), a rule book and a bag to place your exploration tiles in. 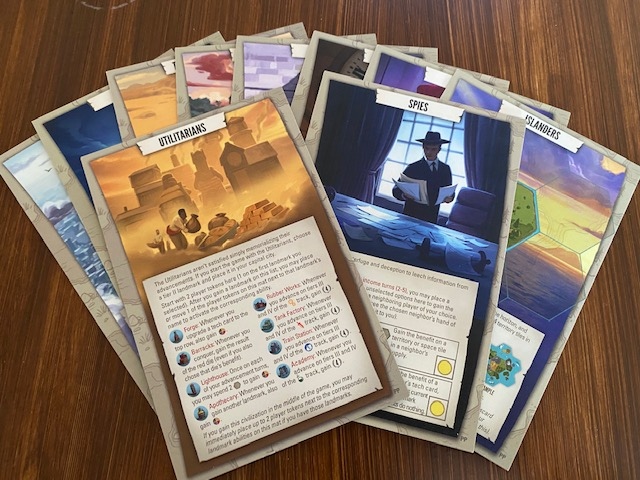 This is a great little must have expansion that adds so much to your game. Thank you Stonemaier Games!  You can order it at: https://www.bgextras.co.uk/tapestry-expansion-plans-and-ploys-i4653.htm