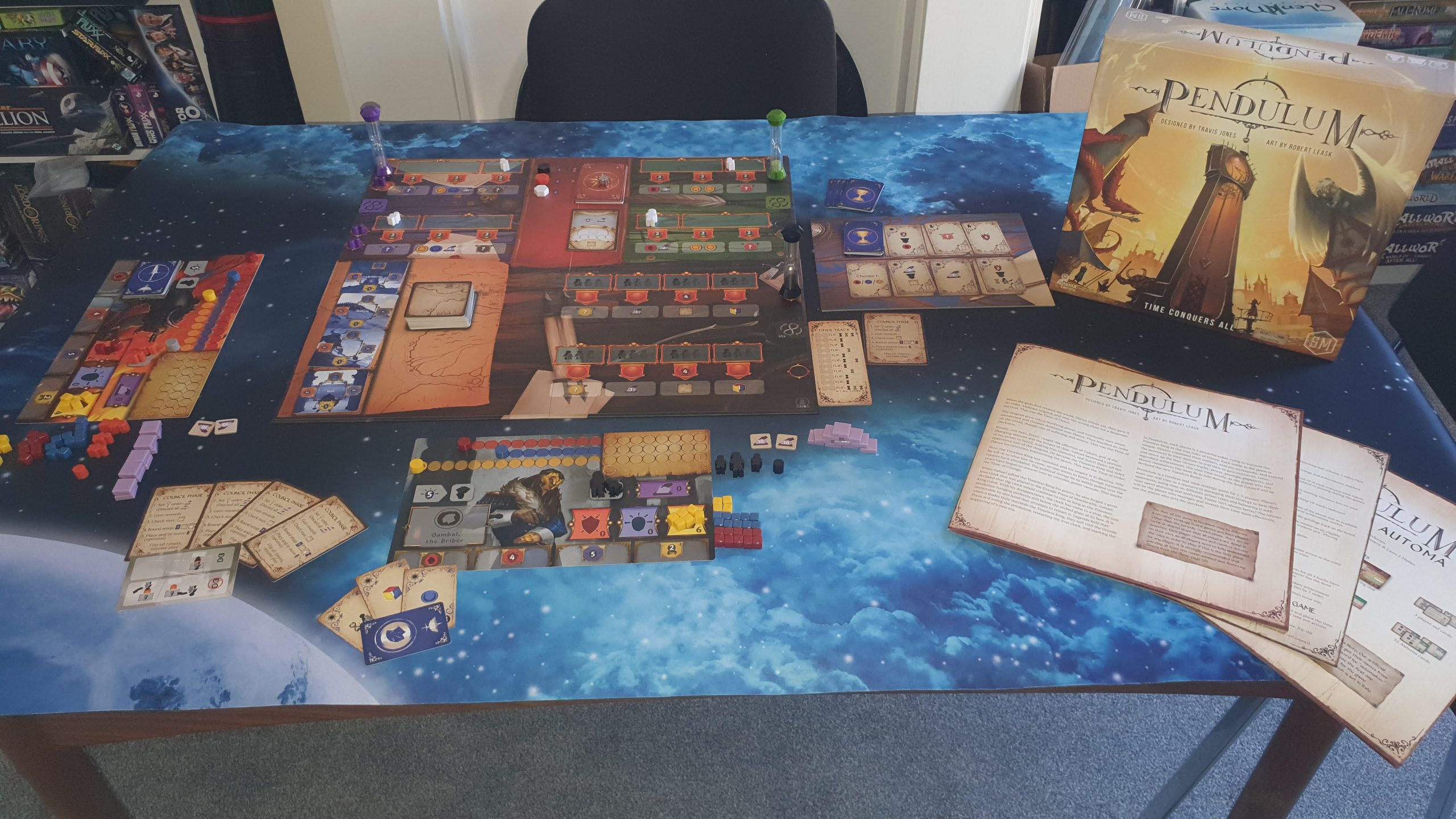 The basic story behind this game is that the King has died, the large Kingdom clock has stopped and the only way to get things going again is to choose a new King (I have really simplified the story, I don’t want to ruin the full one that is on the front of the rule book for you.) Hmmm why you could even become King Yourself…..

Using your workers you collect votes and resources to progress your tokens on your board up the four victory point tracks. The winner is the one who after all four rounds, has progressed the most up these tracks. There is one track that only has one advancement space that is the Legendary advancement track. Warning, if you have not gained the Legendary advancement token once during the game, you can not win. If no one has gained it, you all lose. 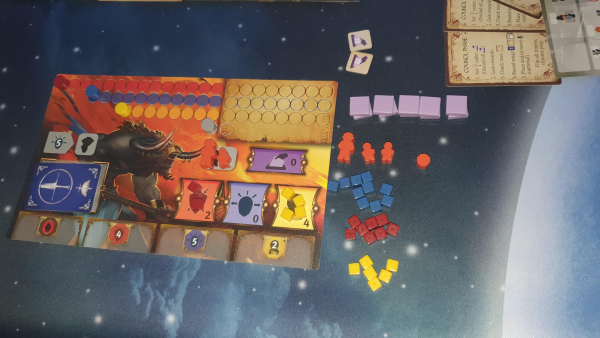 This game blew me out of the water! What a clever game! Then again it is by Stonemaier Games who have brought us such amazing games like Scythe and the awesome Wingspan. It is a real time game which is a growing new type of game that I know some people enjoy while for others it can be a bit too stressful. It has two game methods one using the three hour glasses which are all different times and this means things could be happening in several places at once and as you all play at the same time this has the potential to help you to either advance in the game strongly or if you fumble, you could be dead in the water, wondering what the heck just happened. Or you can play using the simpler timer track which will make learning the game a lot easier. The timer track is a very good idea especially if there are first time players or if you have someone who likes to take time to think about their moves or is bad with the stress of a real time game, otherwise they will just become frustrated. I have simplified my explanation of the game play a lot as it is a complex game which includes card decks, province cards etc.

The only niggle I had was that the four coloured sections on the Province decks, two of them are very similar, but as long as you place them on their track correctly it will be easy to tell them apart.
An Amazing game which you can order at: https://www.bgextras.co.uk/pendulum-board-game-i4670.htm