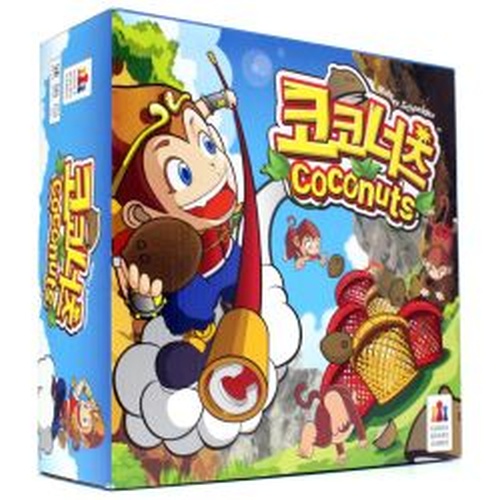 The aim is to get six in front of you in a pyramid formation before anyone else does. You can make it harder for other players by stealing their cups from in front of them by getting your coconut in one of their cups. There are also Monkey King cards that can be used to make other players goes that much harder. 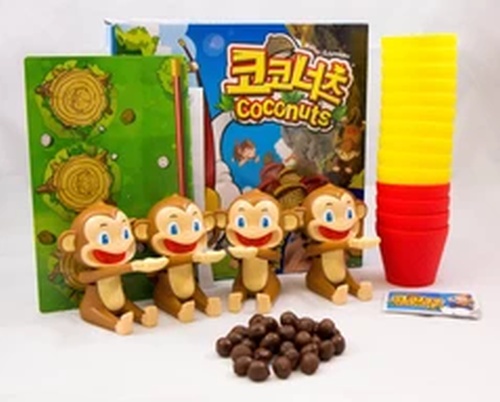 On a side note (and this is not recommended by Mayday games, Board Game Extras or me personally) It has come to my attention that some people have turned this fun game into a drinking game by putting alcoholic drinks in the cups and using small ball shaped chocolates instead of the rubber coconuts provided. The idea apparently is that if you get a cup you drink the alcohol, otherwise the game is the same (other than the projectiles are edible.) (we would warn you to on play this variant with adults always drink responsibly and be careful with the amount of alcohl you put in the cups) 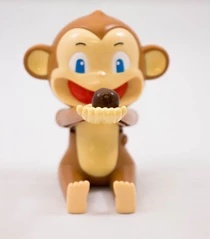 I have played the game (not the drinking version) with various ages and haven’t yet found someone who hasn’t enjoyed the game.
Coconuts Crazy Monkey Game is a game for 1-4 Players by Mayday Games aimed at players age 6+
and you can order it from us at: https://www.bgextras.co.uk/coconuts-crazy-monkeys-game-i2755.htm