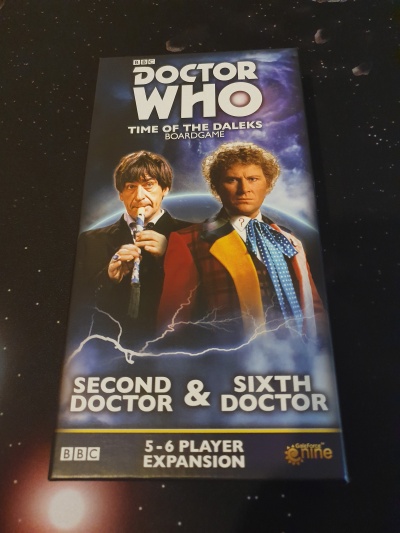 This expansion adds so much to the game, it adds to more players so now you can play with up to six
people. If you don’t want to play with that big a group, no worries, as it adds more choice of which
Doctor you play as. It also adds more companions, more equipment cards, Dilemma cards and more
locations, all these are connected to the 2nd and 6th Doctors. 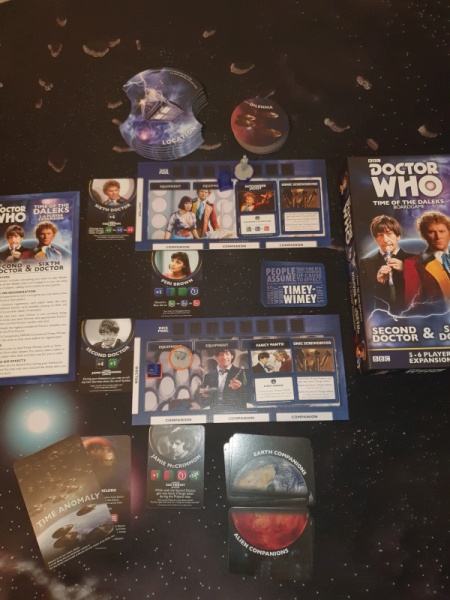 You can order this and other expansions at: https://www.bgextras.co.uk/doctor-who-time-of-the-daleks-c391.htm