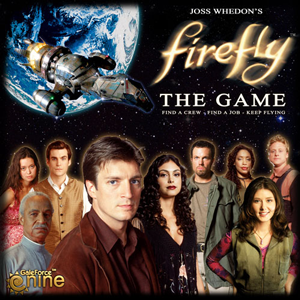 This is one of my all time favourite games, it grabs the feel of the Tv show so very well, for those who have missed out on watching the show it is well worth binge watching this western set in space by Joss Wheddon. You are a captain of your own Firefly ship (someone can even play as Mal) you are doing jobs for dodgy and sometimes down right dangerous types or trying to crew your ship with a well balanced group, while trying to stay on the good side of the Alliance (or not if you feel like smuggling contraband or fugitives) and definatly keeping as far from the Reavers as is possible and hope that your Firefly ship does not break down at an awkward time. You can recruit crew, do up your ship or buy weapons for your crew at one of the shops scattered around the “Verse” and of course you aim to misbehave. 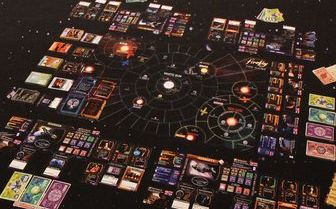 This game comes with a good number of scenarios which can be played for the 2-4 hours stated on the box or you can create your own which could just be something like how much money you can gain in an hour or how many jobs you can complete in an hour, which would give you a shorter game (setting a scenario is a good idea as I have seen a group play this game for 14 hours straight, although there was some time spent going to the bar for top ups.)
Doing jobs for the same bosses as the show also has the right feel, Badgers Jobs are a little less risky where as if you do a job for Niska you should expect to have at least one of your crew killed off.

All the main characters are there in one form or another and it is always great to be able to hire Kaylee or find Jaynes cunning hat.
If you are a Brown Coat then this game is a must have! You can buy this game from us at: https://www.bgextras.co.uk/firefly-board-game-i172.htm