This game is set in the brilliant yet terrifying Alien movie universe. I was only eight  when the first Alien film was released (the previous film to the one this game is set in) came out, but once I got to see it I was captivated. The first film is still at the top of most scariest horror moment lists and rightfully so! 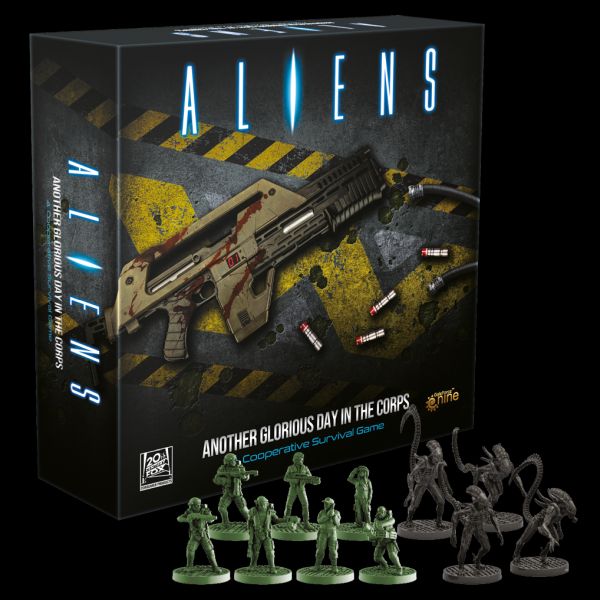 Here is a quick synopsis of the first film in case you haven’t seen it yet, so that you’ll know what’s going on. Ellen Ripley is part of the crew of a mining ship called the USCSS Nostromo, It receives a mysterious transmission and changes course towards the planetoid that the transmission emanates from. Once they land they explore a crashed derelict spaceship of unknown origin where one of the crew gets attacked by a face hugger. Later, while eating, the infected crew member goes into convolutions and to the horror of his fellow crew members something bursts from his chest. This Alien creature grows fast to be the larger than an average human ands starts hunting the crew down one by one. in the end there are just two survivors Ellen Ripley and the ships cat. Ellen gets into the escape pod with the cat but is followed by the Alien. With the ingenious use of the airlock she finally jettisons the Alien and then uses the chryo pod. unfortunately it is quite a while before her escape pod is found and she is at last rescued. There is now another problem as well as the nightmares she has lost a lot of time and feels disconnected.  I then saw Aliens some years later, which is where Ellen Ripley faces her fears after she is asked to go back to the place it all started alongside with a squad of marines as a consultant.
Back to the game, it comes with are seven Character cards and the seven  corresponding figures (self assembly needed, it is quite easy to follow the instructions, all you need is some super glue and a sharp craft knife) there  are also sixteen Alien figures (these figures also need self assembly) 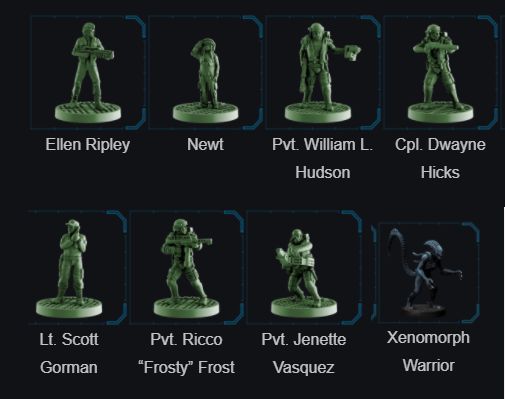 The characters are, Ellen Ripley, Cpl Dwayne Hicks, Pvt William L. Hudson, Lt Scot Goreman, Pvt Jenette Vasques, Pvt Ricco “Frosty” Frost and Newt.
There are four double sided map tiles. Three dice as well as loads of cards and tokens.
You co-operate to control Ellen Ripley and the marines, and gives you as a team, the chance to explore the colony and the terraforming plant find out what happened to the colonists, whether there are any survivors and try to bring your squad back safely.
This is a great game with lots of playability, action and suspense. As well as  all that it is amazing value for money.  you can order it at:  https://www.bgextras.co.uk/aliens-board-game-another-glorious-day-in-the-corps-i4746.htm