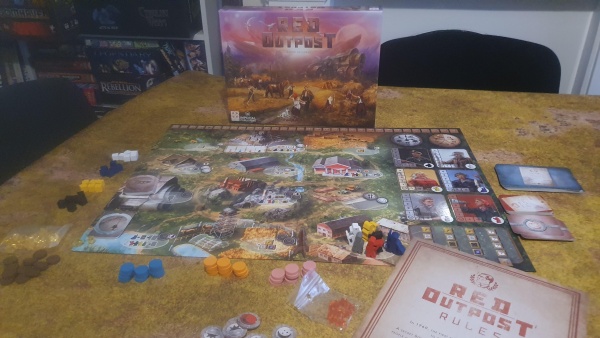 Red Outpost is a very interesting game with a very cool game changing way it plays. You win on Victory points.
During the Cold War with the Space race in full swing there is a top-secret Soviet mission to colonise another planet in the true communist model where everyone works for the good of the community. During transit the ship which is called the “Krasnaya Zarya” has an accident and crashes on a habitable moon and they decide to build their ideal world right there.
You are all bosses who want to be the most respected leader, you do this by balancing the needs of your workers so that they produce the maximum amount of yield while also keeping them happy. The fact that it is a communist society means that although you may build the resources you may not be the one who uses it. This means that you have to keep an eye on the other players to make sure you make the most from what they are doing as well . 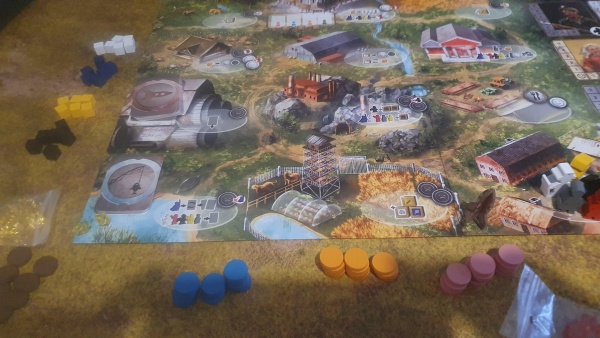 This is a great quickish game, that gives you all the enjoyment you could hope for as well as a complexity of game play due to making the most of what you can out of the resources that are available to all players and using your turn to not only forward your victory points but to also block other players from receiving theirs at the same time.
The game is of high quality which has wooden tokens and six different shaped as well as coloured meeples for workers, it also has a beautiful glossy board that will bring joy to those who like asthetics. There are automata cards included that will open the game up to a one player variant.
Order your copy at: https://www.bgextras.co.uk/red-outpost-i4800.htm