This game is not a good starter game, but it is a great middling to hard game, especially if you are into thinking and planning several moves ahead, by trying to produce the right products and making the most of what’s available to meet the random target for that round ahead of your rivals and gain victory points. 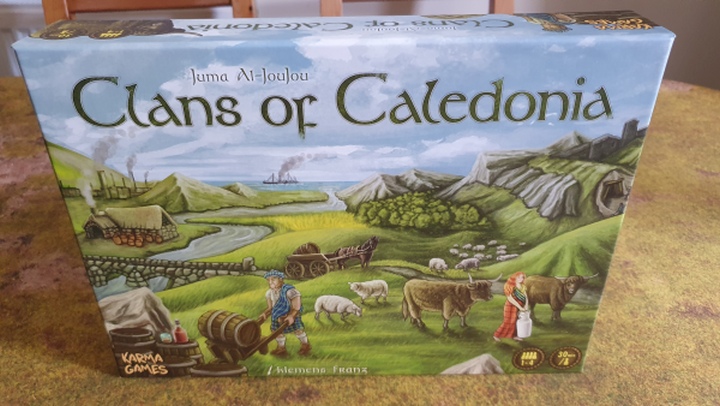 This game is set in 19th century Scotland (being called the Clans of Caledonia should be a clue (to Scotland, not the 19th century)) you are in charge of a Clan that you chose at the beginning of the game. You farm and sell items to make money while trying to gain the most Victory points. You can place workers or trade or upgrade or etc.. You get the usual resources, sheep, cattle, bread, wheat and of course whiskey. 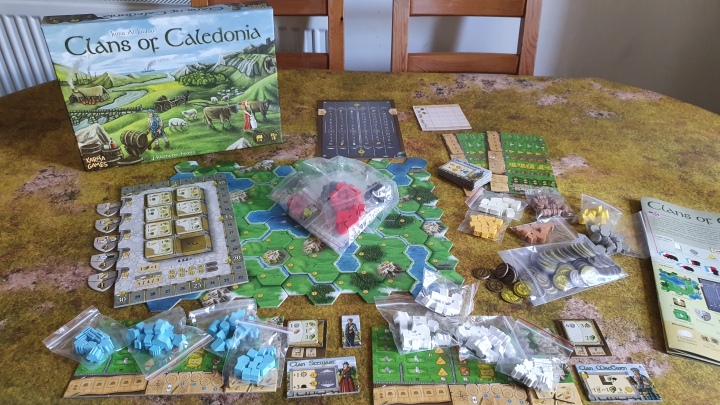 There seem to be a few Scottish farming type games out there at the moment, what makes this one stand out I hear you ask. They have the correct balance in their game play it is a bit more tactical than most but not mind blowingly so, which makes it a game you’d keep getting out when your gaming buddies are around.  It is aimed at ages 12+ and is for 1-4 players with an estimated game time of 30-120minutes a lot depending on number of players.

You can order it at: https://www.bgextras.co.uk/clans-of-caledonia-i3410.htm