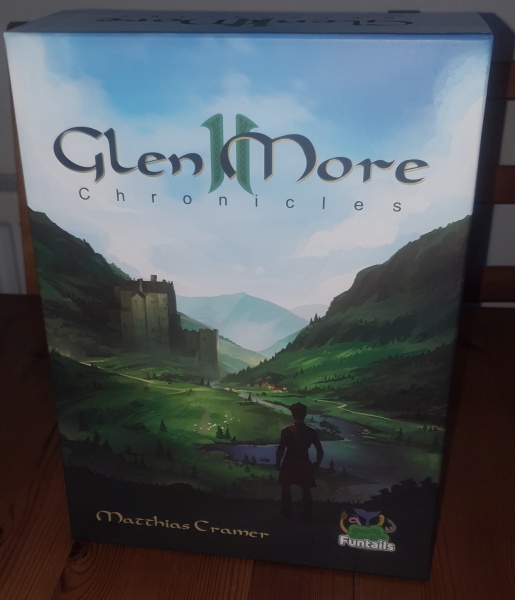 This game is a tile / worker placement / resource game, where the aim is to finish with the most victory
points. It is set in Scotland, you are a Clan leader trying to lead your clan from the early Middle ages until
the 19th century. Your choices could make or break your Clan whether you produce resources or gain
victory points from other means, there are loads of options open to you. 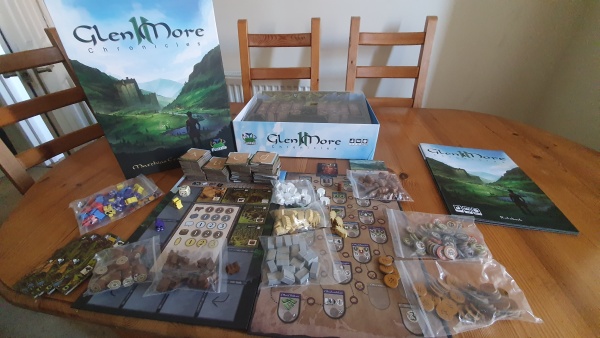 For those who have played the original game, Glen More 2 has so much more to it than the prequel
could ever hope for. Not only do you start now with two tiles, one of those is your village the other. You
can grow Barley and make whiskey can collect wood or tend to your cattle or quarry stone with good
quality tokens made from wood and finished with a sticker to further enhance them. You also have a
clan board which is on a Scottish map as part of this game. Also made from wood are your 10 clansmen
which also are finished of with their colour tartan in the form of stickers.
The Chronicles are eight mini expansions that can be added in to the game. You can use as many as you
feel up to or none if you want a simple game, This gives you the choice of how complicated you want
the game to be. 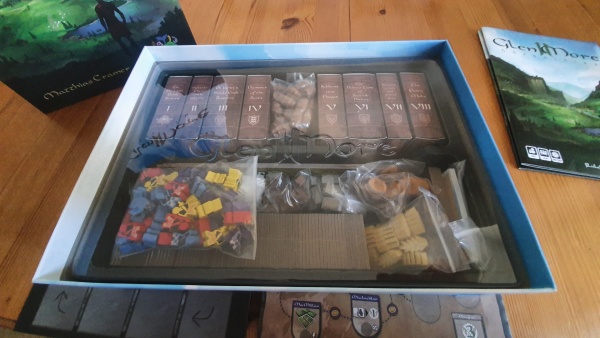 This is a great tactical game! The fact that there are so many options to add (or not) to the game just
makes this a sublime addition to any board game library. You can order it at: https://www.bgextras.co.uk/glen-more-c405.htm