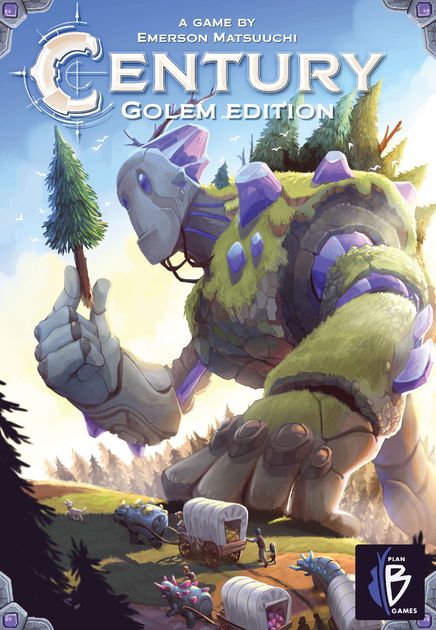 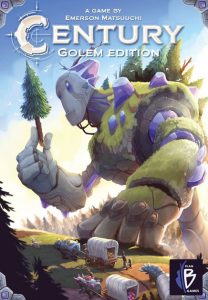 Centuries have passed since the first humans arrived on Caravania.  Legends have been shared from one generation to the next explaining Caravania’s most exotic and rare mysteries – the soul crystals.  Legend has it that the souls of the planet’s original inhabitants were so pure that after death they were preserved as mesmerizing and powerful crystals.  Simply holding a soul crystal, one could feel the essence of life radiating from deep inside.  It wasn’t long after the discovery of the soul crystals’ power that humans used them to build and activate towering golems.  After many forgotten centuries, those pure souls are able to breathe life once again.  In Century: Golem edition, attempt to collect crystals to create the most ornate and powerful of golems.

Players are caravan leaders who travel the famed golem road to deliver crystals to the far reaches of the world. Each turn, players perform one of four actions:

The last round is triggered once a player has claimed their fifth victory point card, then whoever has the most victory points wins. 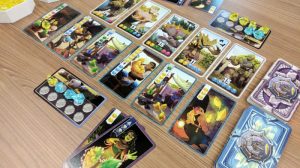 Discover the enchanting beauty of the golem trade road and its mesmerizing crystals! Wrap your mind around simple and pure game mechanics combined with a touch of hand-building system that lead to endless strategies and decisions. Century: Golem Edition is truly a magical experience and an outstanding game. Available here.