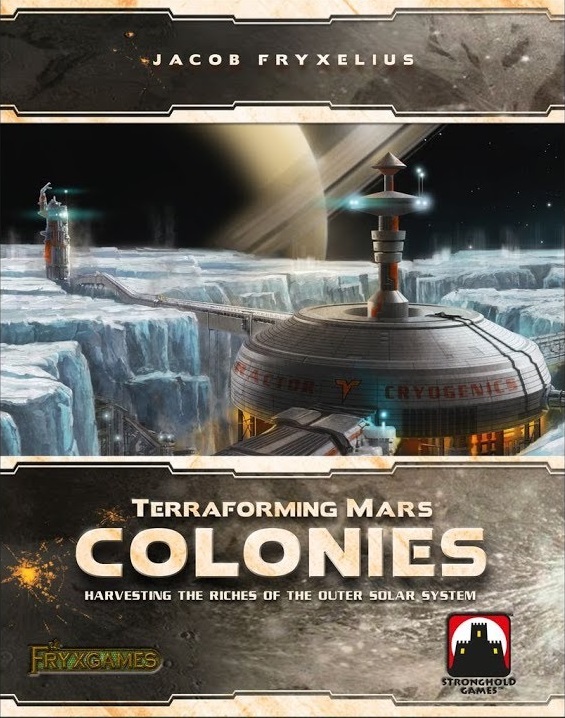 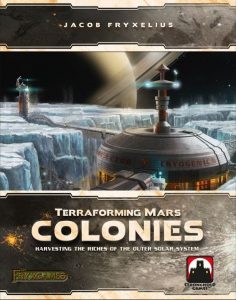 Our world has widened before us. Corporations expand their operations to all corners of the solar system in pursuit of minerals and resources. Most places are not suited for terraforming, but building colonies may greatly improve your income and your possibilities in achieving that higher goal — the terraforming of Mars. Send your trade fleet to distant moons! Colonize the clouds of Jupiter! And let your Earth assets propel you to success!

Colonies expands the game with 11 colonies, these are mostly moons or dwarf planets that can provide you with a boost for example Jupiter Moon Europa can provide you with more water for oceans, whereas Ceres provides Steel and Ganymede gives helps your plant production.  It costs 17 megacredits to construct a colony, this gives you an instant bonus as well as a regular resource return. Alternatively you can spend 9 mega credits / 3 energy / 3 titanium to send one of your trade fleets to an empty colony tiles, in return for tade income.  The fact that you choose whether to pay in credits, energy or titantium is helpful if you have an abundance of one of those which you don’t know what to do with.  Also included in the box are 49 new project cards and 5 new corportations to vary your game with as well. 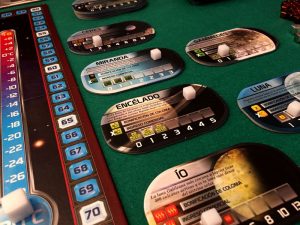 the outer solar system. It features colony tiles where you can build colonies and send your trade fleet. It also includes new cards and corporations.

Colonies enhances the first play of Terraforming Mars in ways that are beautiful and unexpected with so much to explore! This brings a whole load more of fun to the game.