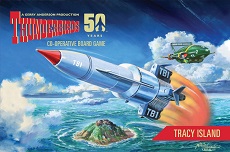 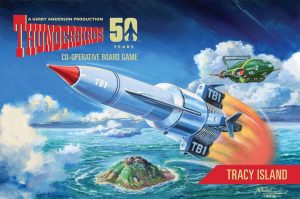 Alert on Tracy Island! Tin-Tin, Brains and Parker, report for action to control International Rescue’s secret base! There are new disasters to face and we will need the Ladybird Jet, FAB 2 and Brains’ upgraded pod vehicles to once again thwart The Hood.

With this first expansion for Thunderbirds the 50th Anniversary Co-Op board game, International Rescue fans get to take command of the iconic base of the Tracy brothers, Tracy Island. Join new characters like Tin-Tin, Brains and Parker and report for action to control of International Rescue’s secret base. 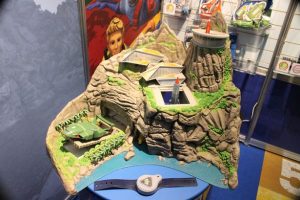 –          Comes complete with models of 14 special Pod vehicles for mounting in your Thunderbirds, highly specialised -components designed to avert disaster and save human life!

Confront a whole new series of man-made and natural disasters, operate new equipment and pilot new machines, while still working to foil the evil machinations of the nefarious Hood.