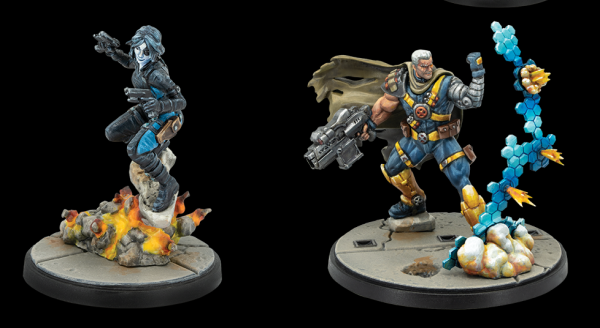 Nathaniel Christopher Charles Summers destiny was planned before his parents even met. Geneticist Mr. Sinister found that a
union between the X-Men Scott Summers (Cyclops) and Jean Grey (Marvel Girl) would produce a powerful genetically superior
mutant. Sinister hoped he could control such a mutant and use it to defeat his immortal adversary Apocalypse.
Around this time Jean’s form and consciousness was replaced by the reckless cosmic Phoenix Force while she healed from radiation
poison in a cocoon at the bottom of Jamaica Bay. Sinister created a clone of Jean and named her Madelyne Pryor. Sinister’s plan
was to produce the child he needed from the union of Madelyne and Scott. Sinister considered his clone a failure until a spark
from the Phoenix Force granted Madelyne a life force and some of Jean’s memories. Sinister crafted a false background for her
and arranged for her to meet Scott as a pilot for Scott’s grandparents. Scott was instantly drawn to Madelyne because she
strongly resembled his true love, Jean. They quickly married. Madelyne later became pregnant and had a son who she named Nathan
Christopher Charles Summers.
Nathan was infected with a deadly techno-organic virus while still an infant. He was sent into a possible future timeline where
he could be treated and live his life. In this future world, Nathan grew into the warrior Cable and became an enemy of the
villain Apocalypse. He later returned to the present-day era, initially arriving some years before his own birth.
The woman who would become known as Domino was actually the result of a top-secret government breeding program intended to develop
the perfect weapon, the clandestine super-soldier program Project Armageddon. There she was subjected to tests by Dr. Rossini,
which included at one point being given a cat she named “Christmas”. Domino was the only test subject to survive, but her “luck”
power was deemed a failure to meet the project’s goals. Domino’s biological mother broke her out of the project and left her with
Father Rudolpho Boschelli, in the Church of the Sacred Heart in Chicago. Domino eventually escaped from the Church and became a
mercenary.
You can order this at: https://www.bgextras.co.uk/marvel-crisis-protocol-cable-and-domino-character-pack-i5052.htm
Deadpool and Bob, Agent of Hydra 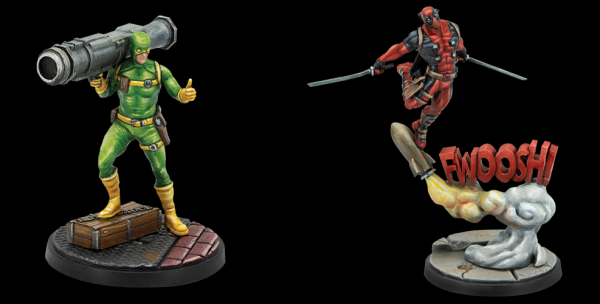