This, the latest game by Stonemaier is a game based on a set of books written by Pierce Brown.  Based in that futuristic dystopian universe, you are a representative of a house trying to rise to power. You do this by deploying key characters to locations to further your schemes and advance your Houses fortunes. You choose whether you work with the powers that be or against them.  They recommend 1-6 players, ages 14+ and a run time of 45-60 minutes which you can get down to once you’ve played it a few times. 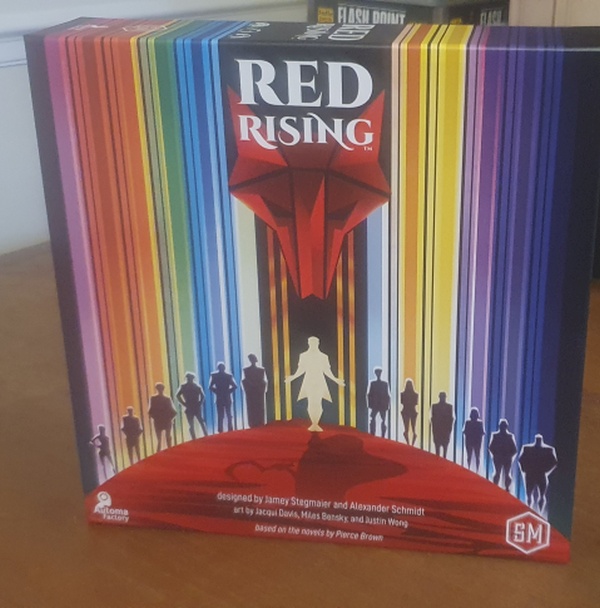 You start the game with a hand of 5 cards, each turn playing 1 of those cards by placing it on a location on the board that activates that’s card deployment benefit.  You can then take the top card from another location (these are face up so you know what you are getting) or the deck (which is face down so you are taking blind)  you gain the locations benefit and adding the card to your hand enhancing your end-game score.   This can lead to interesting balancing act as to whether to play a card for its deplotment power there and then, or retaining  it for the end game score especially as if you play the card, someone else might be able to get it on a later turn. 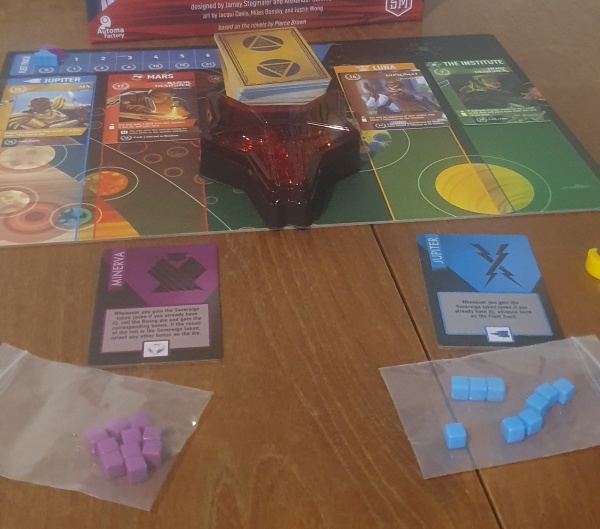 This is a great game with a lot of playability in it and as usual it is well thought out and designed with bright vibrant components.  The only thing that confuses me is why there is a deluxe edition, which strikes me as a waste of money. Especially as the simple design of the game means you don’t have a long set up like Scythe but is in fact fast and easy to set up.
The version I have is the basic version and there is nothing basic about it, the pieces may be plastic rather than metal but not the rubbishy plastics of some games, as for the cards, the only difference is that there is a bit of gold leaf trim on ‘some’ of the deluxe ones. as there is also enough re sealable bags supplied with the game and not that many components you don’t need the plastic lidded insert either. As for the stands to hold your cards in, what is wrong with holding them in your hand and putting them
face down on the table when you need your hands free. In fact I wouldn’t use them as anyone can see your cards if they need to pass behind you, not to mention that the stand can over balance and fall over.
This is a great game, and one I will highly recommend having in your collection, though I personally don’t believe it is worth upgrading to the deluxe version.  Order the base game at: https://www.bgextras.co.uk/red-rising-card-game-retail-version-i4889.htm