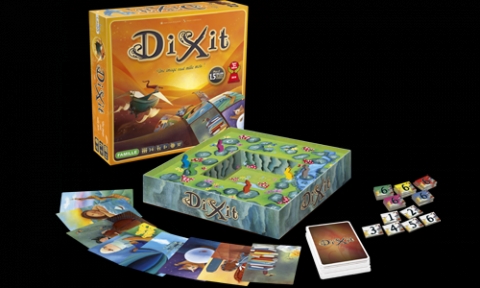 Dixit is a great game to play for 3-6 players (Dixit Odyssey allows 3-12 players), but is especially great when playing against newbie board game players. This is because the play is very uncomplicated, the players take turns picking one of their cards to give a clue on, the clue can be a word or phrase, the clue should be slightly cryptic so that some but not all of the other players guess it correctly, then every other player chooses one of their cards which could also match the clue given, then the chosen cards are shuffled with the original one from the given clue and then dealt one at a time on to the table. You then use the appropriate Token or if playing using the Odyssey version by using the peg in the small board for choosing which one you think is the right one. You score points depending on how many players choose the correct one or by other players choosing your one if you are not the one giving the clue. In Dixit Odyssey when playing with large numbers of players you can have two guesses, which speeds up the scoring. 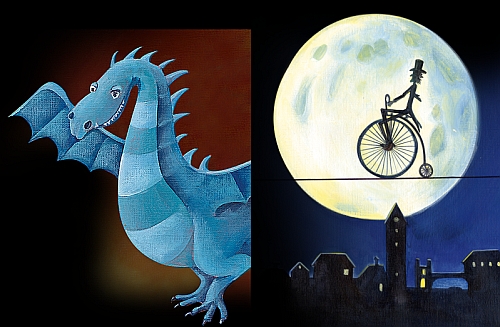 The cards are beautifully designed, which makes it easier to come up with interesting cryptic clues. The standard game plays up to eight players, where as the Odyssey version plays up to twelve. The score board is built into the insert of the standard Dixit but is separate in Odyssey (I like this as it means I cans store more expansion decks in the box) I would recommend that you get at least a couple of expansions, as this adds a nice amount of extra cards to play with (84 in each expansion) I would also recommend putting them in sleeves as the artwork is so beautiful and it’s always good to use protection.

You can buy Dixit and Dixit Odyssey here