In this article we look at the first two expansions for Firefly Adventures: Wanted Fugitives and Respectable Folk

Firefly Adventures, Wanted Fugitives, Crew expansion
This Expansion adds Two Characters, the wild River Tam and her brother Simon Tam (each with two models, same as the main game) it adds three new jobs, ten new equipment cards which includes “Timed Demo Charge” a bomb you can set and then run as fast as possible before it explodes. This expansion also gives you more tokens. The jobs include one called “Raging River” where River Tam has been caught by a group trying to get her to the authorities for her bounty, you have to get in there and save her before it’s too late. The other two are called “The Chase” and “Escape”. The inner box is also a building. 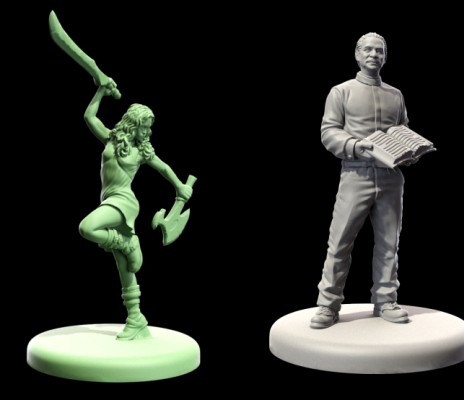 Firefly Adventures, Respectable folk, Crew expansion.
Two more figures are added by this expansion, Inara and Shepherd Book. Shepherd has the ability to help other characters stay casual in sight of goons. You get ten more equipment cards including “The Good Book” which gives you the chance to reroll one of your die in a test. There are also more tokens and three new jobs, “Garden Gala” “Dockside Unrest” and “Shanty Sweep” Shanty Sweep has you in a building in the sprawling shanty town. The local authorities are searching for any fugitives or undesirables and you have to try to evade them whilst escaping. The map starts with just the building and then the map opens up as you explore. Again the inner box is also a building.

You can buy both of these at: